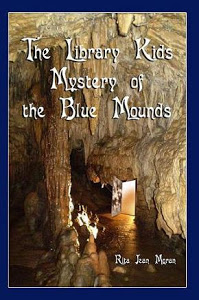 Book #1 of the Series: The Library Kids Mystery of the Blue Mounds

Mystery of the Blue Mounds is the first book of a seven book series. The reader is introduced to Katie O'Conner, a curious ten-year old, who along with her friends and little brother, discover a secret, magical library inside a cave in Wisconsin. With this library, the children can travel back in time and anywhere around the world. Katie will travel back to ancient Greece to learn about her destiny from the Oracle of Delphi. Eventually, all of the children will learn about their mission to stop an entity called the Dark Master and the seven Enemies of the Library that answer to him. 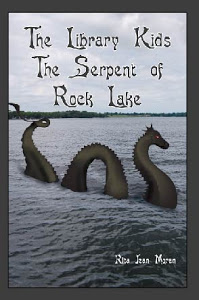 Book #2 of the Series: The Library Kids The Serpent of Rock Lake

The Serpent of Rock Lake is the second book in the series that continues the adventures of the Library Kids. Katie O'Conner and her friends were just normal kids until they found a secret library inside the Blue Mounds. Now they're on a mission to collect twelve crystals in order to stop the Dark Master and the Enemies of the Library, once and for all. But finding the first crystal won't be easy because they have to battle the Serpent of Rock Lake to get it. Along the way, the children will learn about Ho-Chunk legends from the ancestors of their friend Richard. 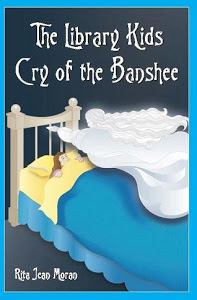 Book #3 of the Series: The Library Kids Cry of the Banshee

Cry of the Banshee is book number three of seven in The Library Kids series. The story continues with Scott sneaking into the secret library and going back in time to World War II to visit his grandfather where he trains with him to be a soldier during the war. They end up in the Philippines where the Spirit of Forgetfulness is plotting to hurt Scott and his grandfather and change the outcome of the war.

A banshee is sent to warn Katie and tell her she must help bring her friend Scott back home before it’s too late. To do so, Katie and her friends must learn about pivotal points of World War II to weaken the Enemy and convince Scott to come back home. The children will have the protection of the Nordic Gods and Goddesses during their journey back in time to World War II.

After their war experience, the children continue with the crystal hunt by searching the mysterious ruins on the east coast of America known as America’s Stonehenge. They must also travel to the Cave of the Giants in Illinois to retrieve another crystal. Meanwhile, the Enemies’ attack on the children heats up. 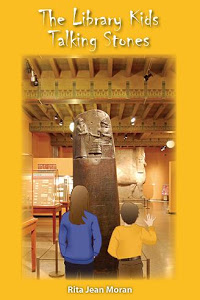 Book #4 of the Series: The Library Kids Talking Stones

Talking Stones is the fourth of a seven book series that continues with the children learning the importance of messages in stone by studying ancient artifacts at the Chicago Oriental Institute and then studying the history of Mount Rushmore.

The crystal mission heats up in Mexico and Peru as the children must battle an evil sorcerer to retrieve the fourth and fifth crystals. At the end of the mission, Scott's father returns for a surprise visit and reveals a secret about himself. 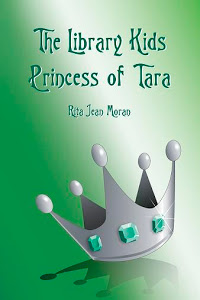 Book #5 of the Series: The Library Kids Princess of Tara

Princess of Tara is the fifth book of a seven book series. Katie O'Conner travels to Ireland with her friends and family to retrieve the 6th and 7th crystals with the help of her 15,000 year old leprechaun friend, Liam.

They must find the clues at the grave of Queen Scotia and the Ballykeel Dolmen. They battle the Enemies, meet ancient fairies and outwit an Ogress along the way. 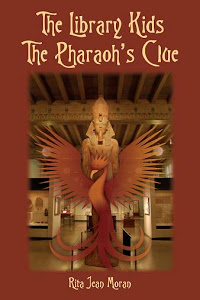 Book #6 of the Series: The Library Kids The Pharaoh's Clue

The Pharaoh's Clue is the sixth of the seven book series. The crystal hunt continues in Africa starting in Mali with the visit to a Dogon elder who guards the 8th crystal.

It continues in Egypt, where the 9th crystal is retrieved after Katie and the group meet with an ancient god and goddess of Egypt. They will battle the Enemies under the Giza Plateau and use items in their magic jackets to stop them. 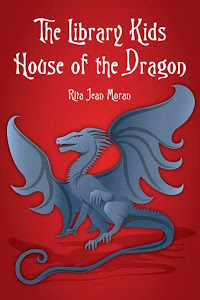 Book #7 of the Series: The Library Kids House of the Dragon

House of the Dragon is the last book of the seven book series. Katie and her friends travel to India to find the 10th crystal after they meet a strange man named The Complicator. They travel to Tibet and battle the dragons in the mysterious underground city of Shambala for the 11th crystal and they retrieve the 12th crystal with the help of an Aborigine woman in Australia.

But after all of the crystals are gathered, they must face the Dark Master in a final battle to put the crystals together and finish their mission. 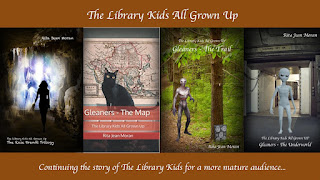