I've always found the Hopi maiden hairstyle fascinating.  It is called the "squash blossom" and it is used to indicate a maiden's eligibility for courtship status of a Hopi girl. 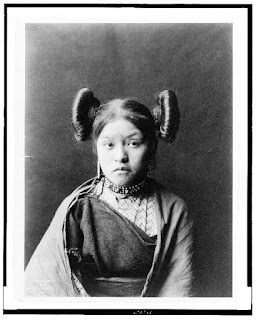 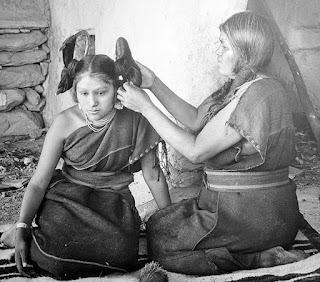 The Hopi are a native American people who live primarily in Arizona.  They are believed to be descendants of the pueblo people who lived in the area.

Oraibi is one of four original Hopi villages and is still lived in.  The Hopi view the land they live in as sacred.  The Hopi make their living through the use of natural resources and tourism and have continuously voted against casinos on their land.

Their name is derived from a long name, Hopituh Shi-nu-mu , meaning "The Peaceful People" or "Peaceful Little Ones"  The Hopi way strives to live in peace and harmony and to follow the instructions of Maasaw, the creator and caretaker of the Earth.

Interestingly enough, a similar hairstyle was used by, Princess Leia, in Star Wars.

And similar hair styles of Europeon women were used in the 1800s and earlier as seen by the hairstyle of Ada Lovelace. 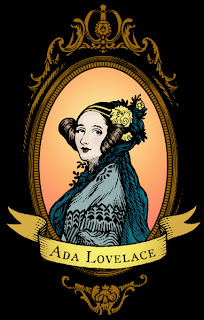