I present my first movie, Diaries of Dionysus Volume 1:

Posted by RitaJeanMoran at 4:10 PM No comments:

This article has been modified to remove a reference to another "researcher" and to add watermarks to photographs that are my copyrighted work and research.


I've been reading a lot about the strange, elongated, and large skulls that are being found all around the world.  I've taken some anthropology classes in the past and have noted that the brain capacity of the Neanderthal skull is greater than modern day humans.  The Neanderthal skull is in fact larger than a modern human and has something called an Occipital bun.  So, I decided to go to a local college near me (thank you CLC) and take a look at the skull models and compare them to see if I could get an idea of what the differences were between some recent human specimens, ancient human specimens, and chimpanzee specimens.   The Neanderthal and Peruvian elongated skulls were the largest followed by modern skulls.  Here are my pictures for comparisons: 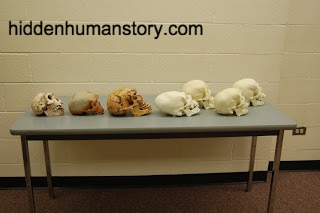 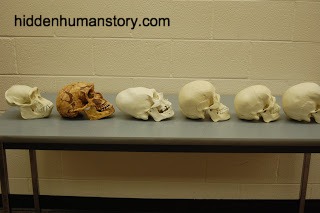 From the left the skulls are: Chimpanzee, Neanderthal, Peruvian elongated skull, and 3 modern human skulls. 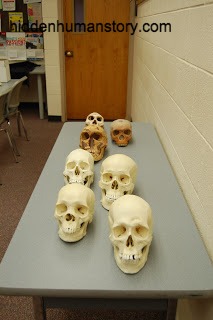 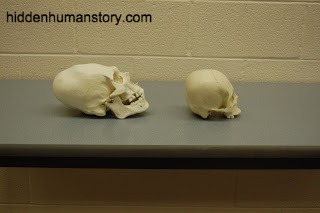 From the left:  Peruvian elongated skull and Cradle board skull

I find it interesting that there were humans (Neanderthals) with larger brain capacities than modern humans.  Perhaps these skulls were modified with skull binding at birth.  But these skulls seem to show up globally from Egypt, to Europe, to Georgia, to Peru.  Again, it appears something was very different in the past than we know.

Posted by RitaJeanMoran at 7:12 PM No comments: 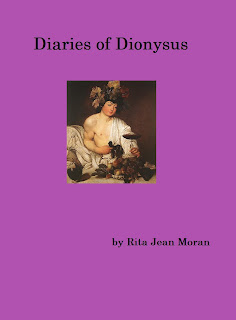 I have just completed a new e-book that is more geared towards adults  This book examines the hidden past through looking at global mythologies and the writings of ancient Greek, Egyptian, and Roman scholars.  The last great god is revealed.  Here is an excerpt from the book:

The sacred animals of this god were the lion or any large cat, the serpent, the phoenix, the goat or any goat like animal such as the ibex, the ram, and the bull.


The pinecone topped thyrsus, the djed, and the staff were his weapon of conquest and his signature symbol of rulership.


He had priests and priestesses known as the bacchants, bacchantes, maenids, and satyrs.


He was the god of the orphans since he was orphaned and raised by his grandmother and at the mercy of his angry step-mother Hera.  His mother Semele died apparently after childbirth.


He was a dual natured god.  He preferred peace but would give war and death to those that deserved it.  He was masculine and feminine.  He loved purple robes and ivy wreaths and the drink of wine and beer.  He could be ecstatic and frenzied or focused and controlled.  He was cunning and could play the role of trickster and he could be truthful and sincere.  He was the baphomet.


He took pity on the helpless and downtrodden.  He made mistakes.  In the end he was remembered and forgotten at the same time.


His gifts were those of civilization, agriculture, wine and beer making, love, and ecstasy.  His campaign was to end the savagery of cannibalism and butchery of humans.  The crook was used for shepherding and the flail was used for grains.  The X or hooked X represents the crook and flail.  So does the letter M.  A reversed M is W and it represents Set, his supposed destroyer which represented the end of the planting and harvesting season.  His mysteries are everywhere.  His mysteries include those of the great mother goddess because she taught him everything she knew....


Posted by RitaJeanMoran at 6:23 PM No comments: