My Experiences as a Self-Published Author Thus Far 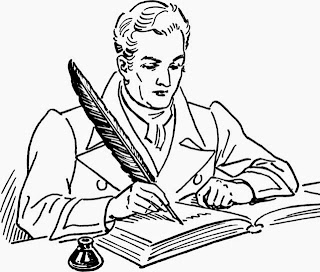 I've always liked to write, but I never did it as a profession to pay the bills. I started to get serious about my writing in my late twenties when I began to write screenplays. I wrote six of them and had one of them optioned twice by the same producer who went to bat for me and tried to get the project funded. Unfortunately, she was not able to do so and after writing six screenplays with a couple more ideas in my mind and flying to California to try and sell them, I was despondent about the whole Hollywood movie writing process and industry.


Everyone kept saying you have to know someone or live in Los Angeles to sell your screenplays. I didn't believe them and kept plugging away and like I said I was able to get one of them optioned. After years of trying to crack the Hollywood market, I just moved on because there was much more to write.


This time, I decided to write books. I did a lot of research and took some classes and began to write my children's series. I went out to New York and acquired an agent, but this agent didn't help me get the project off the ground but instead wanted to charge me for editing fees which is a big no-no. After almost a year of wasted time with this person, I decided to take my plunge into the world of self-publishing.


When I first started, there was a limited number of self-publishing companies and many of them not only wanted you to pay for the publishing process, but wanted to have ownership of your copyrighted material for a certain amount of time which is ridiculous. I finally found a company that did not do this but only asked for startup costs. I began self-publishing my first book back in 2010. In addition to the creative process, I had to wear the marketing and business hats as well and become my own company. I hired a graphic artist for the covers and had to figure out how to market my books.


First I went to local craft fairs where I received a pleasant reception. Then I was invited to school craft sales, library shows, library talks, book fairs, and finally I had to set up my internet platform. Now it is 4 1/2 years later, and I've seen so many changes in the self-publishing industry. Luckily, I found Createspace and have thus far been happy with them. I'm mastering the internet platform including blogging, Facebook, Youtube, Twitter, Pinterest, and Goodreads.   And oh yes, I tried to get independent people to review one of my books and found one that would do it. I've guest blogged, had a couple of newspaper articles written about me, and am still hoping to present my material on a national platform at some point down the road.  It's been a long road, but it's been worth it.


Writing is a passion. We all wish we can be the next big selling author, but it's a hard thing to accomplish.  Seeing your fan base grow is still a pretty good feeling. Self-publishing has gotten cheaper and more efficient.  I still have plenty of ideas in my head that have yet to be brought to life on the pages of a book and brought to my internet platform. Self-publishing has given me that freedom and who knows where things will go down the road and even when I'm dead and gone.   What I've written stays for future generations as long as people still love to read and write and books aren't burnt or destroyed by the hands of a few.


Posted by RitaJeanMoran at 2:54 PM No comments:

I took a haunted tour last night in Elmhurst, Illinois.  It was put on by a team of investigators including a retired policeman.  The team investigated 7 sites within blocks said to be haunted in Elmhurst.  What was interesting was the method of research used.  The police officer used his detective skills to research the area and investigate paranormal reports while his partners used paranormal research methods and tools to investigate the reported paranormal activity.  At one site (the cemetery) a picture was taken that showed a blue light on one of the tombstones.  Many thought the light was paranormal, but upon further investigation, the light was a refection from a blue light in the parking lot across the street.


The tour guide (Ray Johnson) was very knowledgeable of the history of the area and even had photographs for us to look at the sites.  His other 2 partners investigated the sites with the standard paranormal methods and tools and were able to capture several EVP (Electronic Voice Phenomenon) at the sites of which they presented in a slide show after the tour.


The tour was at night and included about 2 hours of walking outdoors.  I would recommend bringing the tour map with you as you will have to walk back to your car (several blocks away at the starting point of the tour) at the end so pay attention to your location.  At the end of the tour, there are several restaurants in the middle of town that you may want to dine at.  You can also park your car near the end of the tour and walk to the starting point if you so chose.  Here are some photographs from the tour:

More of the Glos Mansion

Here are the websites for this tour:

The tour guide, Ray Johnson, also has several other research websites and businesses:


I would highly recommend this tour.

With this said, I have done some of my own paranormal investigations as well as doing strictly historical and archaeological investigations.  The idea of adding some EVP testing at the end is something I will probably try to incorporate in future investigations.  Here are four videos of my investigations, two of which did have some paranormal phenomenon present. The Cuba road has a lower volume for the first several minutes and then the volume increased due to differences in microphones. The cemetery on Cuba Road did have some white lights in the pictures I took.  The Princess Mound in Wisconsin, is where I experienced the paranormal activity.  I have learned from this tour and I don’t know of anyone who has ever gone to very ancient sites/mythological sites and tried to conduct paranormal research but rather they strictly tried to use basic research methods for the area all though I have seen some photographs inside the Egyptian pyramids that have orbs in them.


Posted by RitaJeanMoran at 8:29 AM No comments: